Last Wednesday, October 17, our General Director Damian Tanajewski participated in a discussion entitled “The past, the present and the future of culture in Podlasie” during Christian Culture Days. The guest of honour was the Minister of Culture and National Heritage Prof. Piotr Gliński. 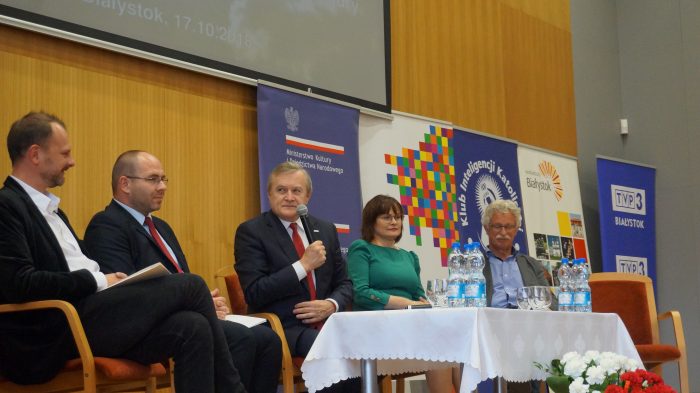 During the conference, Piotr Gliński referred to some of the ideas regarding cultural policy of the city. He recognised strong cultural potential in Białystok and did not forget to underline Podlasie Opera and Philharmonic’s role as one of the biggest cultural centres in the Eastern Poland of such a rich repertoire.

Read more (in Polish) on the websites of Ministry of Culture and National Heritage or Polish Radio.