Pictures of the music

Bartek Barczyk “Pictures of the music. Music in the pictures”

The starting point for that unique exhibition were thirty photo sessions commissioned by the Polish Music Publishing House (Polskie Wydawnictwo Muzyczne, PWM), that feature modern, active Polish composers. The exhibition was prepared in co-operation with the Photographic Academy and is travelling through the institutions that were involved in the project “100 for 100. Musical decades of freedom” co-organised by the PWM. 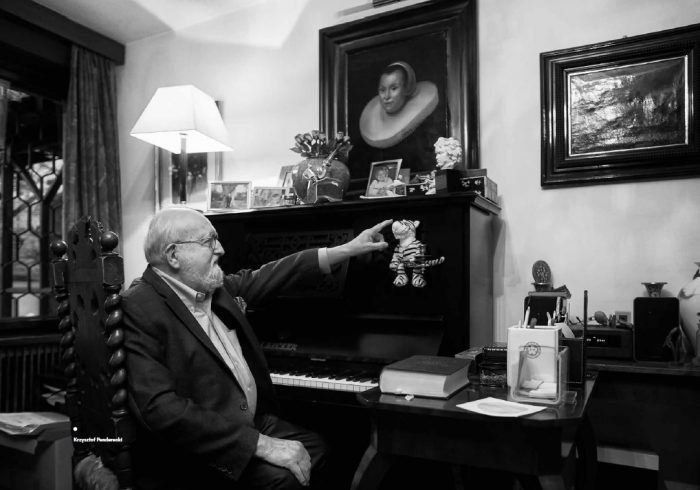 Bartek Barczyk
Photographer. In co-operation with the Silesian Dance Theatre he created a cycle of photographs featuring dancers from all over the world captured in the scenery of Upper Silesia. The project was awarded first prize in the “Culture” category of the Polish Competition of Press Photography 2003. Since 2013, as a photographer he is associated with the Polish National Radio Symphony Orchestra (NOSPR). He has photographed, e.g., London Symphony Orchestra, Mahler Chamber Orchestra, or Vienna Philharmonic Orchestra. His works commemorate last moments of Wojciech Kilar or Krystian Zimmerman’s last tournée in Poland. He documented building process of the new seat of the NOSPR, or the work od Philip Glass during recording soundtrack for Martin Scorsese’s “Kundun.”

The exhibition is a part of the project “100 for 100. Musical decades of freedom” co-organised by the Polish Music Publishing House fot the occassion of 100th anniversary of Poland regaining independence