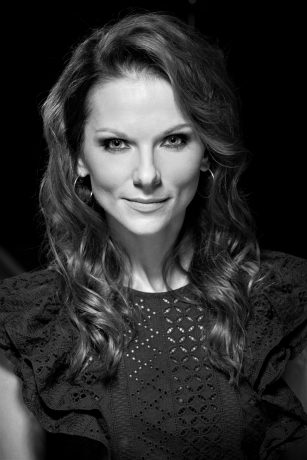 She graduated with honours from the Fryderyk Chopin University of Music in Warsaw in Professor J. Janucik’s class. She is the finalist and laureate of such vocal competitions as: “Le Grand Prix de l’Opera” International Vocal Competition in Bucharest, “CantateBach!” International Vocal Competition in Greifswald, the National Vocal Competition in Duszniki-Zdrój, and “Aria and Evening Song” National Moniuszko Competition in Bialystok. She is a soloist of the Podlasie Opera and Philharmonic in Białystok, where she sings in the following operas: G. Bizet’s “Carmen,” W.A. Mozart’s “The Magic Flute,” G. Verdi’s “Traviata,” and S. Moniuszko’s “The Haunted Manor,” and musicals: J. Bock’s “Fiddler on the Roof,” Ch. Williams’s “Korczak,” as well as in J. Strauss’ operettas “Die Fledermaus” and “Gypsy Baron”. In January 2015, she made her debut at the Frankfurt Opera as Bronka in M. Weinberg’s “The Passenger”. In May 2017 she also debuted at the Vienna State Opera, performing in G. Puccini’s operas: “Gianni Schicchi” and “Suor Angelica,” and in L. Janáček’s “The Cunning Little Vixen.” In 2019–2020 season, she was invited to attend the premiere of G. Fauré’s “Penelope,” in the same season she will enjoy her debut at the Graz Opera. In 2013, she began working with Opera Classica Europa, where she played the role of Fenena in Verdi’s “Nabucco,” directed by H. Richter. In 2013–2015 she was a participant of the Opera Academy at the Grand Theatre—National Opera. She is associated with this musical institution, appearing in such performances as Bizet’s “Carmen,” Moniuszko’s “The Haunted Manor” and P. Czajkowski’s “Eugene Onegin.” In 2017, she began to work with Dramma per Musica Baroque Opera Festival in Warsaw, playing the role of Selinda in A. Vivaldi’s “Farnace,” and then Bradamante in G.F. Handel’s “Alcina.” She also cooperates with Il Tempo and La Tempesta early music ensembles, and the Tempus Vocal Quartet, giving concerts in Poland and abroad. Her artistic activity includes also oratorio and cantata compositions. She has in excess of 30 parts in her repertoire, including works of such composers as J.S. Bach, W.A. Mozart, L. van Beethoven, A. Dvořák, S. Moniuszko, G. Mahler, K. Szymanowski, I. Strawiński, G. Verdi, and M. Bembinow.