Ladies and Gentlemen,
due to organizational reasons, the concert on this date is cancelled.
We truly hope the artists will yet have a chance to return to Białystok.
We are very sorry for the inconvenience.

To return the tickets purchased at the box office, please contact the box office in the weekdays from 9.00 to 19.00 and Saturday and Sunday from 11.30 to 19.00 or call at +48 85 306 75 04.
If you purchased the ticket on-line through the Bilety24 service, the money will be transferred back to you in 3 to 5 working days since contacting the service at info@bilety24.pl. If you paid by a credit card, it will be transferred back to you up to 31 days.

The idea is already known—to interpret a great poet—but in this case it is unique. First of all—Ukrainians, or the Haydamaky band, secondly—Andrzej Stasiuk, who has never sung before, thirdly—Mickiewicz’s Polish alexandrine, easy to rap. We will hear this project live on April 12 as an event accompanying the 8th International Book Fair in Bialystok and the festival “On the Borderland of Cultures.”
The idea for Mickiewicz matured throughout 2016. Initially, it was meant to be one composition, “The Akerman Steppe.” Haydamaky, intrigued by this sonnet, went to Akerman (today’s Bialogrod on the Dniester), to see the place that Mickiewicz had described. The band was looking for a Polish artist to sing the sonnet with, but they did not know what kind of singing should it be—rap, reggae, rock? That is why they decided to ask Andrzej Stasiuk, who, as a writer, should best understand the subject matter of the word. Stasiuk did not advise, but took up the challenge himself. It soon turned out that together you can record not only one song, but the whole album.
On the disc you can hear not only the original works of Mickiewicz, but also his Ukrainian translations. The flavour is added thanks to the fact that two top Ukrainian writers, Yuri Andrukhovych and Serhiy Nyan, specifically for the needs of the album translated some sonnets into modern Ukrainian. The last such translation, which the band reached for, came from the 1950s.
The album has collected many positive reviews and has been widely featured in major Polish media (including Trójka radio station, Polityka, Newsweek, Wprost weeklies, Rzeczpospolita and Gazeta Wyborcza dailies, Polska the Times; Polish TV channels TVP Kultura and TVN 24 also talked about the project, and the Internet roared).
In autumn 2018, together with Stasiuk, the band was awarded gold record in Trójka radio station’s Agnieszka Osiecka Studio. In January 2019, the Mickiewicz-Stasiuk-Haydamaky project was nominated for the most important Polish phonographic award Fryderyk 2019 in the folk/world music category. 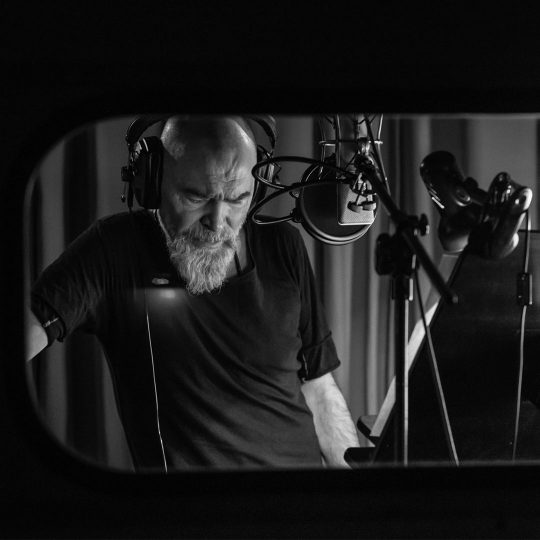