Stunning premiere of “The Jungle Book” behind us!

Premiere of the new fairy tale “The Jungle Book” directed by Jakub Szydłowski and with music by Jakub Lubowicz has already taken place at the Podlasie Opera and Philharmonic. Abounding in dances and songs, the performance captivates young and older viewers, as well as reviewers.

“Jakub Szydłowski himself wrote the script and song lyrics for his fairy tale,” writes Jerzy Doroszkiewicz in “Kurier Poranny.” “Why ‘his?’ Because Rudyard Kipling’s tales about a boy raised by wolves serves rather as a magnet picking up viewers craving an adaptation of the classic, and not fidelity to the book. Wise and non-intrusive message about tolerance and understanding others is accompanied by a call for families to listen to each other. After all, those adults forbidding surfing the net do not do it to spite, but because of love. And one day everybody shall thank each other for that. The fairy tale for ages 5 to (according the Opera’s announcement ) 105. Great fun and beautiful visuals guaranteed. Jakub Lubowicz’s music—multifaceted, but harking back to musical classics, appeal to kids. At Sunday’s performance, ovations appeared spontaneously after each solo. What more could you want?

“A group of protagonists appealing to children especially is the pack of wolves,” reports Urszula Arter in “Wrota Podlasia.” “Dancing, panting and howling members of the wolfpack are great with kids and make them smile and howl together during the wolves’ gathering. One of the greatest strenghts of the performance are costumes: colourful, ambiguous, flashy. Add to that multimedia effects, that—when a mundane construction mimicking a house turns into a jungle—make the kids go “Woooow!”

The newest musical proposal is dedicated to the young viewers and families. At Podlasie Opera and Philharmonic the action takes place in the urban jungle: still savage and ruthless, subjected to the natural law of animalistic, or even bestialized community. Under these conditions we meet Mowgli, who has to find himself as well as survive. The exotic world of the jungle may seem oddly familiar to us. Should we take a look at the severe, blood-thirsty beasts, is it possible we would recognize ourselves and our world? Amongst the characters we will see Shere Khan, a tiger who knows well the long-time truth, that to gain power one only has to divide and conquer. The performance will tell a story about the authority, about finding our own place in a group, about learning through our mistakes, about accepting others and the power of friendship—in other words, it will be a great adventure for the entire family.

At Podlasie Opera and Philharmonic the story of the wild child raised in the jungle will be retold in the language of the musical by Jakub Szydłowski—the director of “Doctor Zhivago” or “Adonis Has a Guest.” The show is complemented with the great music score by Jakub Lubowicz, amazing costumes by Dorota Sabak and wonderful multimedia effects. 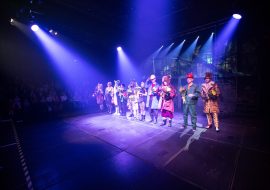 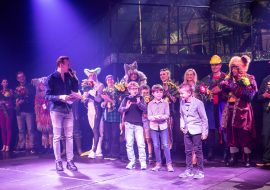 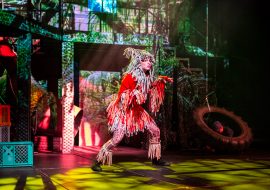 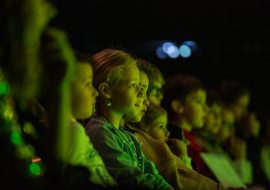 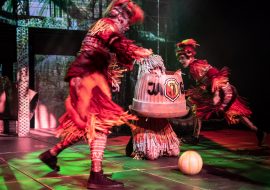 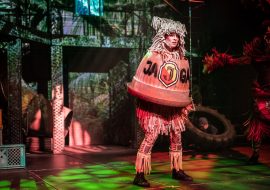 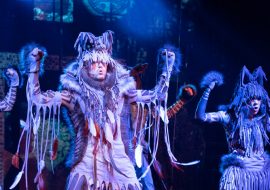 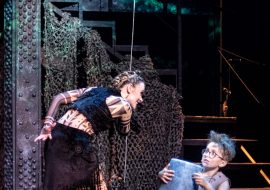 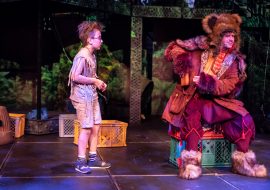 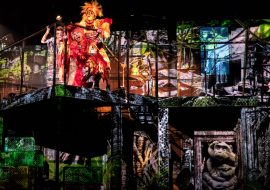